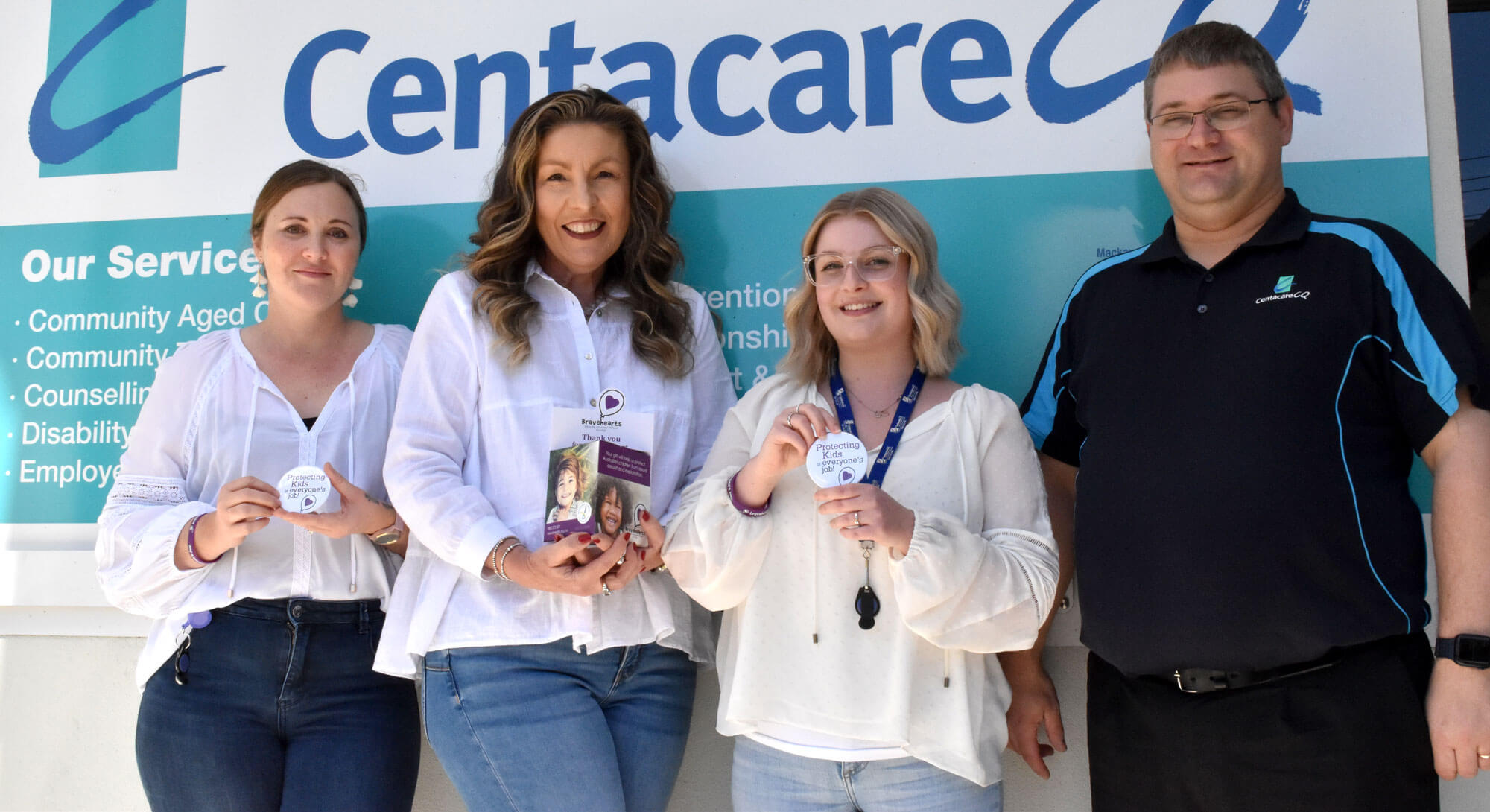 “I think the biggest thing with kids is to not underestimate their understanding, kids actually pick up on a lot more than what people give them credit for.”

“I have kids that I work with, and adults as well, who have experienced child sexual assault or exploitation,” Angela says.

“As a culture and as a society, we tend to shy away from these kinds of topics.

“They aren’t nice, and they make us feel uncomfortable.”

With statistics showing that one in five children will be impacted by sexual assault or exploitation before their 18th birthday, Angela says that it’s critically important that we start to talk more openly about children’s personal safety. 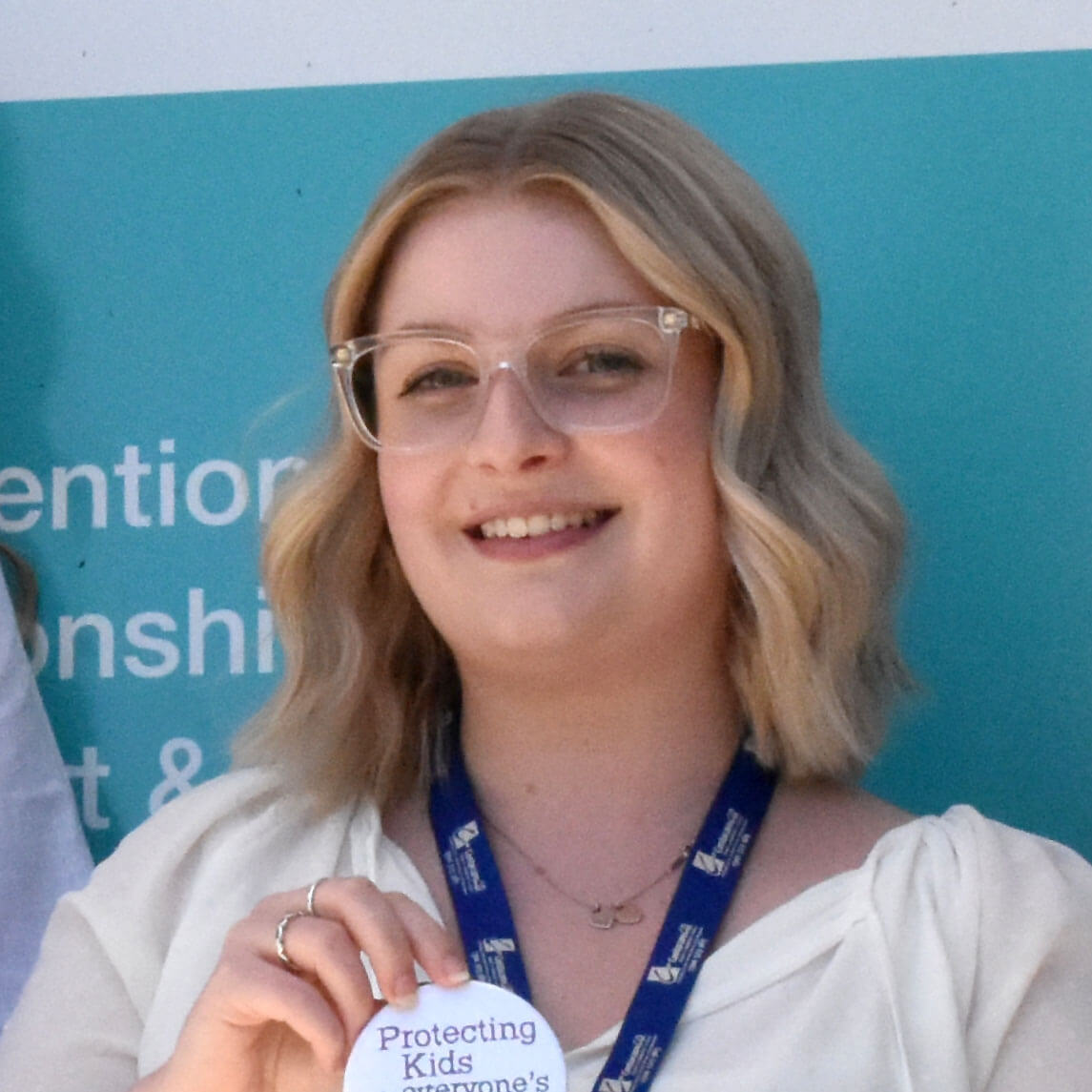 “Thinking about that one child is bad enough, but then you think about their family, their siblings, and their friends…

“All of those people around that child are also being impacted by the experience.”

Angela and the team at CentacareCQ are participating in Braveheart’s White Balloon Day on September 10.

“Bravehearts is an organisation who do a lot of really great research and treatment with children and their families,” Angela says.

“They run some amazing programs and also go into schools providing education around child protection and personal safety skills as well.

“White Balloon Day helps to raise awareness and funds for Bravehearts and the work that they do, so as they can continue to provide their services, support and education to children and families.”

Using awareness and education as a key tool to prevent child sexual assault and exploitation, is something that Angela says she feels strongly about.

“We don’t know what a problem is, and we can’t solve it, unless we actually talk about it,” Angela says.

“By raising awareness around these issues, we can help people to better understand ways that we can potentially prevent things from happening at all.

“We can start instilling the skills and education in not only our children, but in their parents, teachers, and just in general members of the community as well.”

Organisations like CentacareCQ and Bravehearts offer practical advice on how to start talking to children about their personal safety, in a sensitive and safe environment.

If you or a child needs help:

“The best way to approach the topic is to obviously keep things age-appropriate,” says Angela.

“Keep it open, and light, and casual.

“Many parents don’t realise that these important skills can also be taught in a fun way, like a craft activity, where we can talk about who a child’s safe people are, how they can be contacted, who the child can talk to and how to ring triple zero.

“All of these things that don’t just apply to safety in relation to sexual assault or exploitation, but just safety in general.

“Bravehearts have some really great resources available on their website as well.”

Angela says that by teaching children about their personal safety skills and child protection, we can start to take away some of the stigma and anxiety that people feel when talking about it.

“People like myself, we’re not just here to help when something has already gone wrong, we’re here to help prevent things from going wrong in the first place too,” Angela says.

“I think there is sometimes stigma around reaching out to a professional, and a lot of people seem to think that you only talk to someone if there is already an actual problem.

“We want to encourage people to come and ask for help before there ever is.”

CentacareCQ will be supporting Bravehearts White Balloon Day initiative not only on September 10, but also in the lead up as well.

“Being able to help Bravehearts raise funds with White Balloon Day is really important, but so is being able to raise awareness,” Angela says.

“Talking to people about where they can learn more about the issue and where they can go for help, will hopefully encourage people to reach out and get some help.” 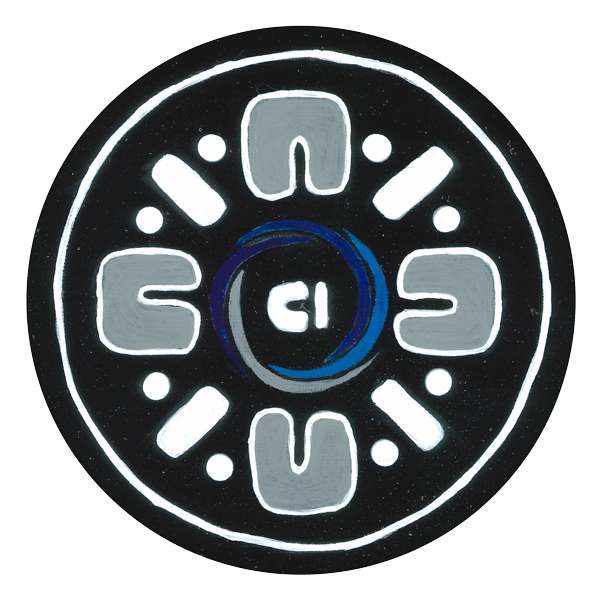 In the spirit of reconciliation, CatholicCare recognises the traditional custodians of the land. We pay our respects to the Elders – past, present and future – for they hold the memories, the traditions, the culture and hopes of Indigenous Australia.